I spent majority of the day Friday waiting for a phone call from Boston. After the confusion and mess I dealt with a few days prior, I was fairly confident that we wouldn't actually be hearing from them. I let those doubts spill over into other areas of concern. I started to doubt the ability of our case worker, I doubted that the insurance was actually figure out, I doubted the trip to Boston, but most importantly, I doubted God. Yes I have done this before...sigh. This week I learned a VERY important lesson...God will provide when man fails. And provide He did, I got an e-mail late in the day Friday that Malachi was officially scheduled for surgery on June 29. He is in the computer, insurance is worker out and he WILL be in surgery that day. God has provided for us and for Malachi every step of the way. Shall we re-cap?

God protected Malachi while in his mothers womb, although she was addicted to cocaine, Malachi suffered no withdraw after birth. Praise God. Although Malachi was born 2 months early and nearly died at birth, God gave him the strength to fight. God protected Malachi's heart, and although it was not functioning properly, He provided Malachi with skilled doctors to figure out the right doses of medication to keep his heart beating. After Malachi's recent stroke, we talked to his neurologist. He informed us that Malachi should, by all medical understanding, be paralyzed, not speaking, eating or breathing on his own but hes doing it all. God has always provided for Malachi, why should we suspect He wouldn't do it this time? He will.

The strength that Josh and I have had through this entire ordeal can ONLY be attributed to God. There is no way we could have kept it together with out Him being at the center of our marriage. There is not a single thing we have done to deserve God's unwaivering love but we get it every day. I am thankful, even in the midst of this storm. You may not understand it, you may question our actions, my answer to you is Seek God.

We will continue to praise God each step of the way, during each triumph and each hardship. Josh and I want to continue to point to God this entire journey and beyond.

My name is Sarah said...

This is Joyce, I have been silently following along for the past few weeks. I am pleased to read that the surgery is scheduled. This must be such a relief to you. You have been so strong during this unexpected turn of events. I pray for you all. For your strength as parents and for Malachi.

Soooooo happy to hear that surgery is scheduled! We have been praying for you all. :) Our kiddo's seem to be here to teach lessons - if you are open to them. Christopher is missing about 60% of his brain tissue - he too should not even be concious! Let alone signing, etc. There is only one reason for that. :)

Hugs to all of you. Please let us know if you need anything. We will keep praying for you.

A true miracle indeed. Thank God his surgery is scheduled and everything is ready to go! 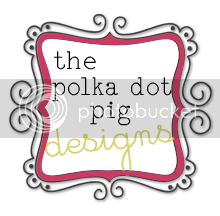